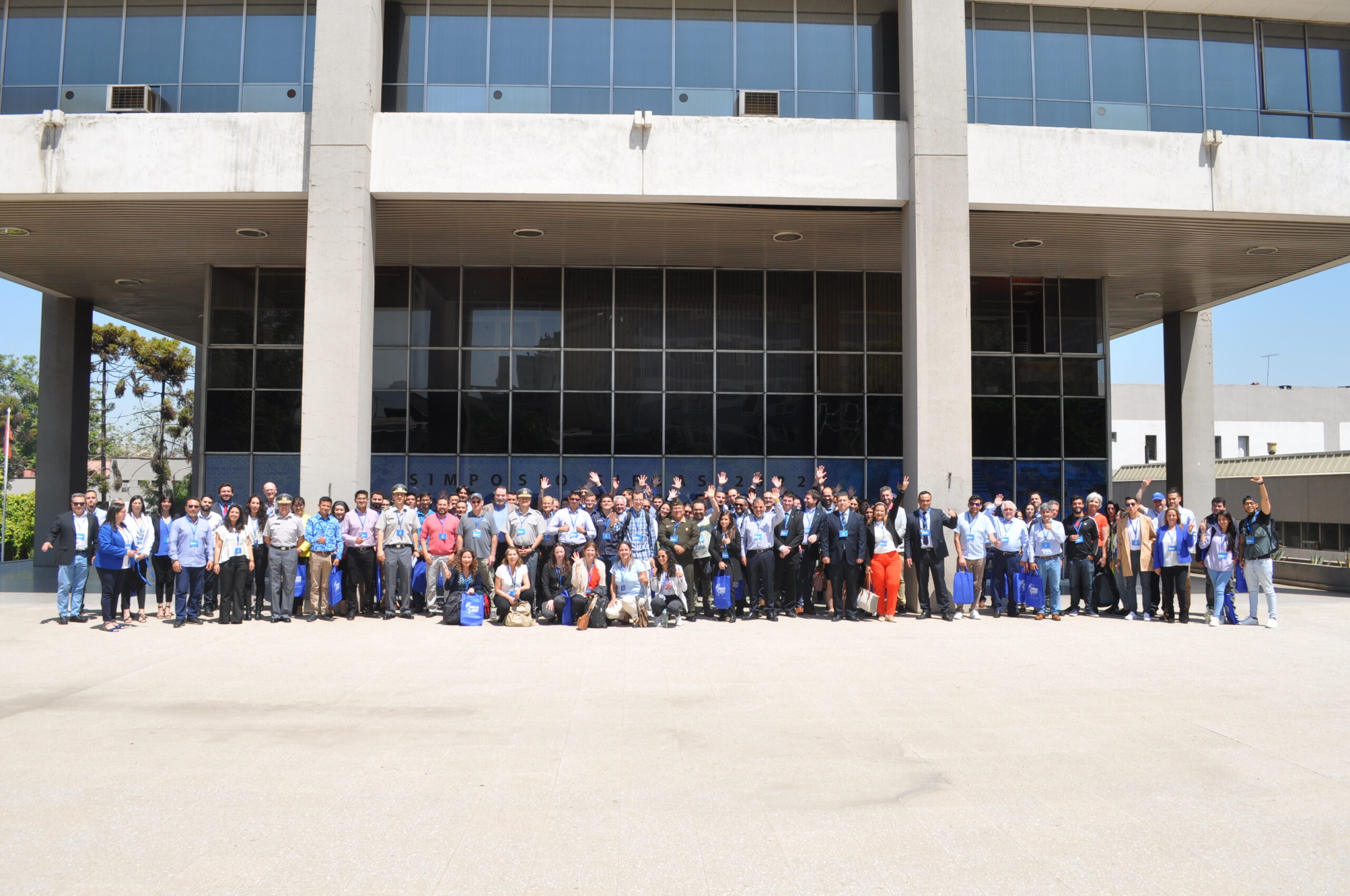 From November 7th to 9th, was held the SIRGAS 2022 Symposium in Santiago, Chile, under the organization of the Military Geographic Institute (IGM) of Chile. The central purpose of the SIRGAS 2022 Symposium was to call the geodetic community of the Americas and Caribe dedicated to the study of problems related to Earth observation and global changes. Including the establishment of reference systems, the Earth’s gravity field and rotation monitoring, as well, the deformation of the Earth’s crust, including oceans and ice, and geodetic positioning for interdisciplinary use. The combination of several technologies, among which GNSS stands out, collaborate in the modeling improvement of seismological and atmospheric processes, contributing to the mitigation of natural disasters caused by seismic activity, to the weather forecast and to the sea level rise monitoring. It was the first time that the Symposium was held in a hybrid way (face-to-face and online) and the second time with simultaneous translation, important changes to promote the participation of more countries on the continent.

There were 59 presentations from the following countries: Germany, Argentina, Canada, the United States, Costa Rica, Colombia, Brazil, Ecuador, Bolivia, Chile and Uruguay. The average number of attendees during the 3 days was 90 participants in person and 130 remotely. SIRGAS activities were carried out since 1993 in the American continent and are aligned to support the Nations of the Americas in response to the United Nations General Assembly Resolution entitled “A Global Geodetic Reference Frame for Sustainable Development” (A/RES/69/266), through the modernization and unification of the Geodetic Reference System of the Americas. The unification and integration are important for the development of infrastructure, such as: roads, sanitation, energy, and land reform, as well as for climate change monitoring and preventing natural disasters. To align SIRGAS activities to the GGRF (Global Geodetic Reference Frame) Roadmap, a resolution dealing with the opening of GNSS data repositories was approved last year by the Directing Council. This year, the proposed resolution submitted for approval deals with the advances to the implementation of Resolution 69/266. One of the objectives is to support and encourage the development of geodetic capabilities within the Americas and the Caribbean for the establishment and maintenance of a high-precision geocentric network, as an ITRF, IHRF, and ITGRF densification in the continent and the link of national geodetic infrastructures in the region, as well as, the connection of the national reference frames towards the ITRF, IHRF and ITGRF.

The next symposium will be in 2024 in Bogotá, Colombia, coordinated by the Agustin Codazzi Geographic Institute (IGAC).